My website is now live so apologies for any mishaps during the construction process. Meanwhile here’s the latest news:

After several month’s intensive studio work I finished my new album, “Music By The Yard” in early December and plan to release it as a download in January 2012, hopefully with a CD version following. It’s quite a departure from the previous stuff I’ve done – part beat-tape, part library resource, part abstract breaks/prog rock sampler. The album was created in a flurry of activity between February and December 2011 and features 23 tracks designed to be played in any order.

The album reflects a lot of the stuff I was getting into through 2011, starting with the huge effect Suite For Ma Dukes – an orchestral tribute to J Dilla:

had on me, which then took me back to the hip hop and gave me an appreciation I’d never really had before. I hope I’ve done this justice on the new album…here’s another tune, “The Karaoke Sauron”, named after Marina Hyde‘s acerbic take on the evil mastermind behind the X-Factor.

You can check out my latest Mixcloud session to get more of an idea where I’m coming from.

Another big influence – not only for hairy funk grooves, and prog stompers – but also for brevity of tracks – were Andy Votel’s epic mixes, especially Vertigo Mixed,

and Songs in The Key Of Death on Fat City

….the fuzzed up guitars, leaden drumbeats and wonky time-signatures really took me back to my youth, obsessively staring at the Vertigo spiral as it span on my parent’s radiogram and seemed to go into 3-D (without taking any drugs, honest) 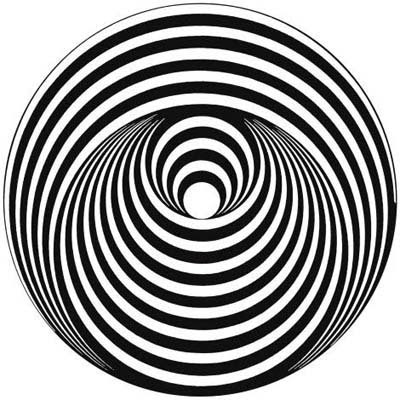 on albums such as Black Sabbath and Gentle Giant’s first eponymous releases, the latter featuring this one:

…so it was quite buzz to hear that Madlib and MF Doom had sampled this track “Funny Ways” on their excellent Madvillainy album:

So the template for this record was essentially short tracks, textures, beat-heavy and with elements of prog rock, library music and LOTS of strings…and plenty of non 4/4 rhythms.

Above all 2011 has been the year I’ve started buying records (as opposed to CDs and mp3s) again, not only from carboots (although these have been particularly fruitful) but also seeking out second vinyl shops, which have been on the up this year. Like the fantastic Disc-O-Box shops in Weymouth and Blandford, Dorset.  If you’re in the area, give them your support, they are an invaluable public service, with tons of great vinyl plus CDs and DVDs!

Early in the new year I’ll be posting a special mix of the album, interspersed with lots of spoken word snippets.

Meanwhile here’s another track – Horizontal Hold – with film shot on my Digital Harinezumi.

One response to “End of Year Approaches”